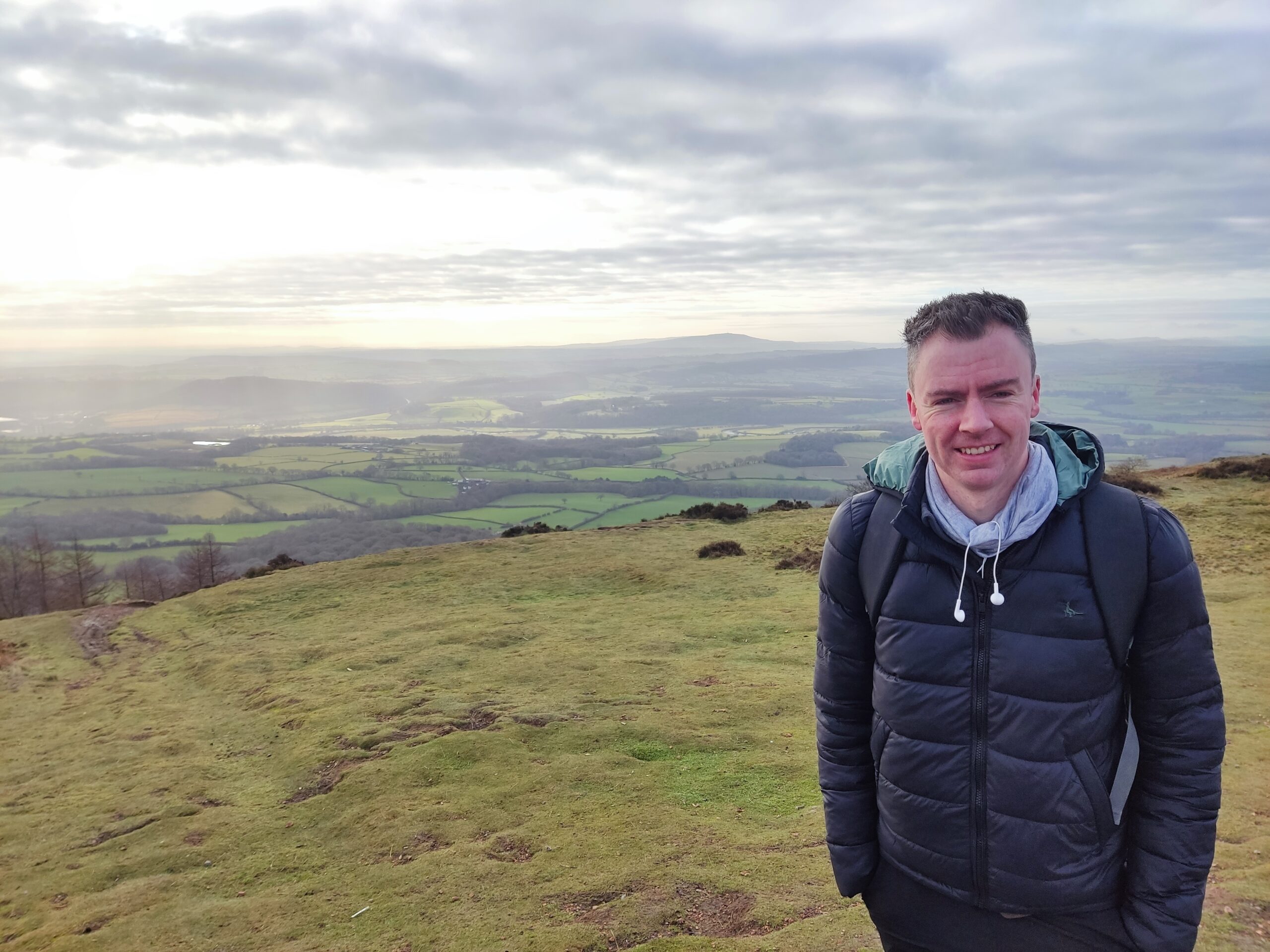 “The process is where you learn the most about yourself, not achieving whatever the end goal is.”

Men Walking and Talking was established in 2021 by Dan Reid from Telford, after his own experiences struggling with his mental health. The group now has walks running in seven locations every week, providing a safe space for men to open up about their mental health struggles if they wish to, but without any pressure to do so. For this week’s Story of Hope, we find out more about this vital and innovative walking community.

Can you tell us a little bit about what you do and your journey to this point?

I had always found it difficult to open up about how I was feeling. I got to a point where I felt so low that something had to change, after encouragement from my wife and a lot of deliberating I began seeing a therapist. This was the best thing I could have done at that point and was the catalyst for the change that I needed in my life. I still have the daily struggles that many other men have, one of the main ones being the feeling of constantly not being good enough.

I then began to work with a life coach to focus on building my self esteem and confidence. During the time I was struggling with my mental health, the more conversations I had with other men, the more I realised that they felt that they did not really have an outlet.

This drove me to create a space for men which is focused on connection and talking openly about the struggles that affect us all. I wanted to create a group that was a safe space for men to open up about their struggles but without any pressure put on them to do so – that’s how Men Walking and Talking was formed.

How has the group grown since its establishment and how does it operate?

Over the past few months, the group has grown to the extent that we now have walks running in Shrewsbury, Telford, Stourport and Oswestry, Worcester, Kidderminster and Chester. We meet once a week at each location. We usually walk for about an hour around the local area. Due to the varying ages we have, I tend to make it no longer than that.

The groups vary in size week-to-week but recently we have been averaging between 10 and 15 at each group. Finding things to talk about has never really been an issue. I think when you give blokes a space that is open and non-judgemental it is a massive relief that they no longer have to bring the bravado that society sometimes expects of men.

We now have seven walk leaders who all do a fantastic job in welcoming in guys who are struggling. The walk leaders are making positive changes in their own communities and the fact that Men Walking and Talking empowers them to find their voices is amazing.

We have guys in the groups from all walks of life and all ages. Guys who are retired, veterans and also students. Some of the guys know each other as they come along together but the majority are strangers. At the start of each walk, myself and whoever is leading the walk talk to everyone about how no one is here to judge and we’re here to support each other.

How has establishing the group affected your own mental health?

I sometimes find it difficult to push through the obstacles that I am presented with as the group develops. Improving yourself and becoming the best version of you is a daily process and I have found that the process is where you learn the most about yourself, not achieving whatever the end goal is.

Men Walking and Talking has given me purpose and assurance that I am capable of making a difference, not only in my life but other people’s. The impact of the spaces it creates in communities for men, I feel is valuable to so many guys on their own journeys through their mental health struggles.

What did you find most useful on your own mental health journey?

There are many things that have helped me in getting to this point. The knowledge and coping strategies that I have built up from working with a therapist and life coach are invaluable in how I now approach my life and all the challenges that come with it. The support of my family has been crucial also, having people around you to reach to creates an environment where you can begin to thrive and push yourself outside of your comfort zone.

And what were your moments of hope?

When I was at my lowest, my wife and little girl gave me constant hope that I was going to be ok. Sometimes your mind can lie to you. I think it’s about balancing and evaluating what is true and being kind to yourself. The way that my family and friends speak to me is how I now try to speak to myself, which reinforces that I am good enough.

How easy do you think it is to access relevant mental health support?

I feel as though accessing mental health provision is slowly becoming easier and acceptable. I do think that from a male point of view we still have a way to go in accepting each other on a deeper level, so men then feel that it is ok to reach out. The positive promotion of men’s mental health is improving, but I feel a stigma still remains in certain industries and workplaces. When organisations can become more open about these conversations happening, it can only benefit their employees and their standing as an organisation.

What changes do you think need to be made to the mental health system to ensure support is more relevant and accessible?

Funding for mental health provision does still seem to be a massive issue. I think the last two years which have been unprecedented in the effects on everyone’s mental health will produce a need for support that has never been seen before. I feel that the more communities can begin to come together and support smaller mental health organisations the more that change can be made.

In terms of men’s mental health support, the involvement of relevant organisations that men value is vital. Sporting organisations such as football and rugby clubs help in changing the perception that there is a weakness in speaking up about your mental health.

How useful have you found the Hub of Hope?

After coming across the Hub of Hope app online it is obvious to see the value it brings in signposting people towards the most appropriate help. It is a tool that will help Men Walking and Talking to reach a wider audience of men who are in need of support.

We will be sharing and actively encouraging the men who attend our walks to download the app. It is great that the guys will be able to find support in their local area in such a simple and accessible way.

What advice would you give to someone struggling with their mental health?

I would tell them something I tell myself regularly – you are so much more than any struggles you are facing, there is so much more left for you to achieve and you are so valuable to so many. Reach out and you will see that there are so many amazing people who want to help and support you through whatever you are going through. When you change how you think about yourself so many things are possible.