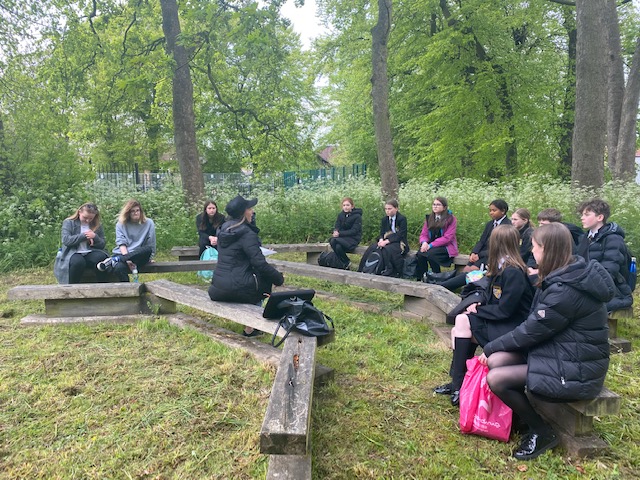 National mental health charity, Chasing the Stigma, has launched a new mental health training programme for schools following the Covid-19 pandemic, which is designed to equip them with the tools to talk about mental health and seek help.
Young people were heavily impacted by the Covid-19 pandemic due to their education being disrupted, spending reduced time with friends and being in isolation due to the ‘pingdemic’, so it’s not surprising that the mental health of many has been impacted and with the country now returning to ‘normality’ many need help finding their feet again.
In a recent report from The National Centre for Social Research (NatCen) found that children experiencing poor mental health are three times less likely than their peers to pass five GCSEs including maths and English. More than 200 school children also die by suicide each year in the UK, even without the Covid-19 pandemic to contend with.
CEO and founder of Chasing the Stigma, Jake Mills, commented: “This double impact of Covid-19 affecting both young people’s learning and their mental health means many need support. However, this is putting additional pressure on an education system that is trying to catch up on the curriculum that has been missed.
“Schools have to play their part in removing the stigma around mental health. The younger children are when they learn it is ok to talk about their mental health alongside their physical health, and the sooner they feel able to do so, the better.
Being equipped with this understanding from an early age will help them in their adult years, especially as one in four adults and one in 10 children experience mental illness each year.”
Chasing the Stigma developed its ‘Ambassadors of Hope’ training in 2018 to provide organisations and individuals with the tools to recognise and talk openly about mental health and illness , find or signpost to help using the charity’s Hub of Hope app and how to deal with a mental health crisis. The training has been delivered to some high profile organisations such as Premier League football clubs, including Everton FC and the DBS and we are now working with the likes of Edge Hill University and Southport & Ormskirk NHS Trust.
The charity has now adapted this training and launched its ‘Ambassadors of Hope’ Youth Training, which is suitable for those aged 11 and above. As suicide remains the biggest killer of all people under the age of 34, Chasing the Stigma believes that providing the tools to communicate how they are feeling as early as possible has the potential to save thousands of young lives.
Rachel Coogan, ‘Ambassadors of Hope’ training coordinator, said: “We are really proud that we have been able to develop this training. Our award-winning Ambassador of Hope training is a great achievement and we hope that the Youth programme will also be both life changing and life-saving.”
“We have trialled the training with a number of schools in Liverpool and we are now offering this to schools, youth clubs and young people’s organisations across the UK. The ‘Ambassadors of Hope’ Youth Training has been adapted so its language is age-appropriate and relevant to the audience. It is set out so it encourages open dialogue around how to talk about mental health and also how to help others if they are struggling.”
Sharon Davidson, assistant headteacher from Devonport High School for Boys, commented: “One of the students came to see me to declare that the Ambassador of Hope Youth training was the best presentation he’d ever had at school. He came to school convinced he needed to start somewhere else because it may make his mind better and after the session, he felt he needed to seek help and strategies to help his wellbeing rather than run from the feelings that might go with him. There were certainly lives touched positively during the session.”
Under-25s may not want to talk to parents or family members so the ‘Ambassadors of Hope’ Youth Training shows them there is hope and different ways of getting help. The Hub of Hope app is the only service of its kind that brings NHS, Samaritans, Mind and 3,500+ registered national and local voluntary, grassroots, private and third sector mental health
support services together in one place, with the number listed growing on a daily basis. It has also been recently included in the Government’s Covid-19 Mental Health & Wellbeing Recovery Action plan and added to the official NHS.UK website, where it is housed on the charity referral site – the most visited mental health resource page in the UK.
The Hub of Hope app was established in 2017 by, Chasing the Stigma, a charity set up by Liverpool comedian, Jake Mills, following his own suicide attempt in October 2013. Jake realised when talking through his own personal experience that many people didn’t know where to turn for help with their own mental health issues, so he and his team created the Hub of Hope – an app to bring together all of the mental health support available to someone in any given area.
To date, the Hub of Hope has directed more than 200,000 people to life-changing and even life-saving help. The site has proved particularly popular amongst men aged 25-54, who are often cited as being most likely to die by suicide.
The Hub of Hope can be accessed through the app, which can be downloaded from the App Store (iPhone) or Play Store (Android), via the Chasing the Stigma website or www.hubofhope.co.uk. The Hub of Hope also has a ‘Need Help Now?’ button that connects users directly to Samaritans or Crisis Text Line’s messaging service.
For further information on the Ambassador of Hope Youth training contact Rachel Coogan the Ambassador of Hope Training Coordinator on rachel@chasingthestigma.co.uk or visit www.chasingthestigma.co.uk